Fishing has a Commercial Side

Forward by Capt. Jesse, Follow-Up to The Lady is a Fisherman 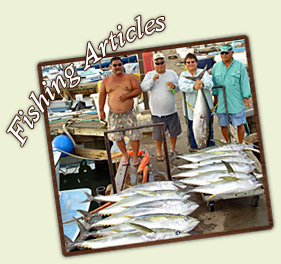 One of the most common questions we are asked by people who have chartered boats in other parts of the United States is, “Why are charter boats in Hawaii so cheap?” It’s not because fuel costs less here or because we are using inferior equipment. It’s because historically sportfishing charter boats in Hawaii have sold their catches to subsidize the lower charter rates. Offshore game fish were abundant and the majority of anglers vacationing here had no way to use a ton of fish caught during one productive day of sportfishing. No one wanted the fish except the charter boat’s crews and owners. In turn, offshore charter boats in Hawaii that charged less would get more charters, hopefully catch more fish to sell and be more profitable. This has been the overall attitude since the 1970’s, and maybe even earlier.

Recently things have changed. Not just vacationers but people who live in Hawaii are chartering boats, and many of our military personnel love to fish. Not everyone visiting the islands is staying in Waikiki anymore, a lot of people are renting vacation homes that have kitchens available to cook fish. More and more people want fish, and not just a few pieces. They want a lot! Now we also have more conservation-minded anglers, an idea which hardly even exisited in the 1970’s… especially in big game fishing. Releasing a billfish has become the standard in many parts of the world. And is starting to gain a foot hold in Hawaii. So, if in this day and age Hawaii charter boats are expected to either give up a large portion of the day’s catch to their guests or release a fish that might pay the deckhands rent for a month, then why do high quality offshore charter boats that routinely catch fish beyond their guest’s wildest dreams still cost less than any where else in the nation? The bottom line is, “educated offshore anglers” are not the majority of people who charter boats in Hawaii. For the most part it’s a sideline activity during a Hawaiian vacation or it’s hardworking military personnel who don’t have $1200 for a fishing trip. It’s large families who are renting a house for a week or two and want to take home a ton of fish to feed 30 people for the remainder of their stay. It’s people who for no fault of their own don’t understand how expensive it is to own and operate a large charter boat. Nowdays everyone wants a deal. And you can’t blame them for it. Caught in the middle are the charter boat captains and crews who are trying to operate quality boats at competitive prices and continue to stay in business.

The following article has been added to provide more insight into what could be called “Commercial Sportfishing”. There a some small details that are not 100% accurate, but the overall theme is very accurate. I have had this discussion with anglers from all over the world many times and would like to hear your comments on the subject. Please feel free to Ask the Captain and I will be more than willing to answer any questions or comments you have.

“Sportfishing has a commercial side”

Follow-Up to The Lady is a Fisherman

Jordan,
The picture with your April 23 column, The Lady is a Fisherman, of a woman with her catch of marlin and dolphin in Hawaii is very disturbing. Is she a commercial fisherman? I thought the days of catching a trophy tarpon, sailfish, marlin, etc. and killing it so you could string it up to have your picture taken had passed. Even killing the fish for a mount isn’t a good excuse. Artificial mounts are better looking and non-destructive. Likewise, is she going to eat or keep all those dolphin [Mahi Mahi]? Catching enough for personal needs and returning the rest to the ocean would be the mark of a sport fisherman. But spreading out fish on the dock qualifies as a “meat” or commercial fisherman. If it is a commercial catch it shouldn’t appear in the sports section.

The questions raised by your objections reveal charter fishing’s complicated reality. But understand that the standard you are setting disregards size and bag limits as conservation guidelines and forfeits the recreational share of fisheries to corporate operations. Here are the facts involved. The woman featured is a recreational angler and the Pacific blue marlin was not killed just for photos and wasn’t mounted. Under Hawaii’s fishing regulations, every charter boat is required to have commercial permits. Clients may keep some fillets, but the fish, including marlin, are the property of the charter and are sold to fish markets. She got to catch the fish and keep 50 pounds of fish. The rest were sold to be eaten. There is a United States recreational bag limit of one marlin on the West Coast and in Hawaii there is no bag limit. Keeping marlin in the Atlantic Ocean is almost taboo, but most people will be shocked to know that there is no recreational bag limit here, either. Only a size limit. As for the dolphin, there are state limits but that fishery isn’t regulated in federal waters anywhere. Dolphin breed year round starting at four months old and have life expectancies of four years, making the fishery very sustainable. Now let’s address the nuances of the labels “commercial” and “sport” fishing. Consider that any fishing that makes money off fisheries is in part commercial, and Hawaii’s classifies its 125 charter businesses that way. But there are 120 longliners based in the Hawaiian Islands with an annual catch of about 25,000 marlin.

While many people can’t bear to see marlin killed, does that mean huge corporations capable of bankrolling longliners should be the only ones allowed in this fishery? Why should small businessmen like charter captains be excluded from this market, especially considering that they use much more selective, conservation-friendly fishing practices than longlining?

Even in Florida, many charters have commercial components. There are sport charters in Volusia County with permits to sell snapper and grouper to fish markets. And all Florida sport charters have traditionally sold dolphin. Captains have to make ends meet. Being a charter captain is prohibitively expensive. And while it’s true that the essence and future of fishing necessitates conservation, after spending $500 to $1,000 to outfit a boat as expensive as a house for one day, no one expects anglers to catch just “enough for personal needs.” Catches are always as many fish as will bite within legal limits. Inshore fishing’s distinction between sport and commercial is oversimplified, too. For example, let’s conservatively estimate that there are only 50 guides fishing Volusia County, and they fish 100 days a year with clients keeping reds. In five years that’s 50,000 reds harvested for cash.

Even the most conservation-minded recreational angler doesn’t exclusively own fishing’s ethical high ground. Consider the argument made even by deer hunters that catch-and-release fishing is a cruel practice of hurting animals for fun. The term “sport fishing” has nothing to do with how many fish are caught. It is a reference to angling methods. An individual with a rod and reel and light line gives fish a “sporting” chance. Machine operated longlines and heavy nets indiscriminately kill billions of pounds of fish a year. Still, even though longliners and netters are responsible for nearly all depleted fish stocks, charter and recreational anglers have to take responsibility and set an example by not just pointing to others as the problem, but doing everything possible to stop over fishing.